Tobacco use is the leading cause of preventable death in our community and across the country.

Exposure to both ads and product displays has been shown to make youth more likely to start smoking. The more tobacco marketing kids see, the more likely they are to smoke. As we celebrate National Prevention Week, we want to highlight some local and statewide efforts to prevent youth smoking and create tobacco-free communities.

In July 2003, the Clean Indoor Air Act became law in New York State prohibiting smoking in indoor areas of worksites and public places, including restaurants and bars. No doubt many can remember the days when restaurants were “divided” into smoking and nonsmoking sections but the tables were right next to each other and smoke easily floated from one section to the other. 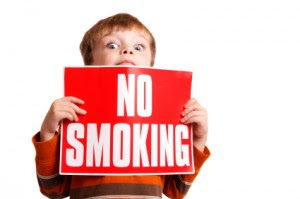 Many cities and counties are raising the minimum age of sale for tobacco products to 21 years, which has recently emerged as a potential strategy for reducing youth tobacco use. Both Cortland and Tompkins counties have passed T21 legislation.

There are programs and efforts to reduce tobacco advertising, promotions, and availability of tobacco products including Tobacco Free Broome and Tioga, Tobacco Free Zone of Cortland, Tompkins and Chenango and the youth action component Reality Check. Local companies such as CVS, Target and Wegmans no longer sell tobacco products. Price Chopper has removed tobacco advertisements and covered their product displays. In addition, many convenience store retailers have removed their exterior tobacco ads and decreased their interior ads.

We have community programs, as well as school and college policies that encourage tobacco-free environments and lifestyles. Surveys conducted by CACTC document a decline in the number of Cortland County youth who report using tobacco in the past 30 days from 10.2% in 2013 to 5.3% in 2016. We are making progress!

Tobacco cessation programs are available for those who want to give up smoking or other tobacco products. The CNY Regional Center for Tobacco Health Systems at St. Joseph’s Hospital Health Center has partnered with agencies throughout Central New York and the Southern Tier and designated many as Tobacco Treatment Champions including Family Counseling Services, Cortland Regional Medical Center, Cayuga Medical Center, Greater Binghamton Health Center, and The Rescue Mission.