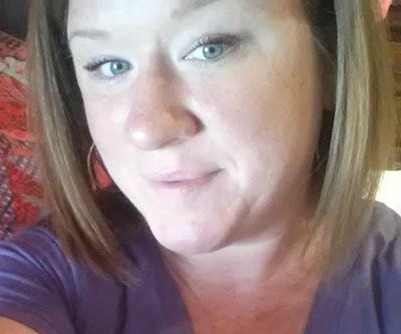 Domestic violence was never supposed to happen to me. As a teenager I had a dear friend experience it. I swore to myself I would never get in a relationship like that. My abuser was such a sweet person in the beginning. He would call me princess, and shower me with gifts. I can’t pin point when the abuse started. It would be small little fights about me not answering the phone when he called, or not texting him back right away. The one fight we had, he called me at two in the morning to question my pictures on Facebook and who the men were that liked the picture on Facebook. The fighting over something small would turn into a few hours of the worst verbal abuse I have ever experienced. He would curse at me, call me horrific names, and hang up on me.

The hours turned into days of his nonstop verbal attacks. If he couldn’t call me to attack me verbally, he would text me with the attacks. He made me feel so low and worthless, I could barely sleep, eat and pretty soon I was barely functioning. Had I kept my mental health in perspective and immediately contacted one of those family solicitors, the further physical abuse could have been stopped. He would always tell me that if I didn’t make him mad so much, and if I could think before I speak, he wouldn’t have to be this way. I could do nothing right for him, no matter how hard I tried. The night I finally put an end to it, I nearly lost my life. My abuser attacked me in my home, locked me in my bedroom. He took all the phones away from me so I couldn’t call for help (after I attempted to). Two hours of abuse, punched in the chest, strangled, thrown against a wall, and being thrown headfirst into my shower, and only thinking he will kill me. All the while seeing my parents and friends, nieces and nephews knowing someone will have to discover my dead body. No one had ever told me how personal injury attorneys can help your case in such matters, and I never pressed charges. He also denied every single thing he did to me to everyone else. I did get a restraining order, and had a concussion. I felt thankful I was alive. I was completely scared to death of my abuser, and I still am. The aftermath of abuse is a long and heavy one. A month later, I received a phone call about a dear friend being murdered by the hands of her estranged boyfriend. She died the same way I thought I was going to die. That is when I knew I needed to change my life.

Beth and others are speaking out through Break the Silence on Domestic Violence and The Return of Social Change community forum. Through their efforts, they hope to educate the community on the dangers of domestic violence and connect survivors to people and resources that can help transform their lives.

Are you someone seeking help or resources concerning domestic abuse? Contact Cortland Prevention Resources at 607-756-8970 or the YWCA Aid to Victims of Violence Program or call their toll free hotline at 1-800-336-9622.