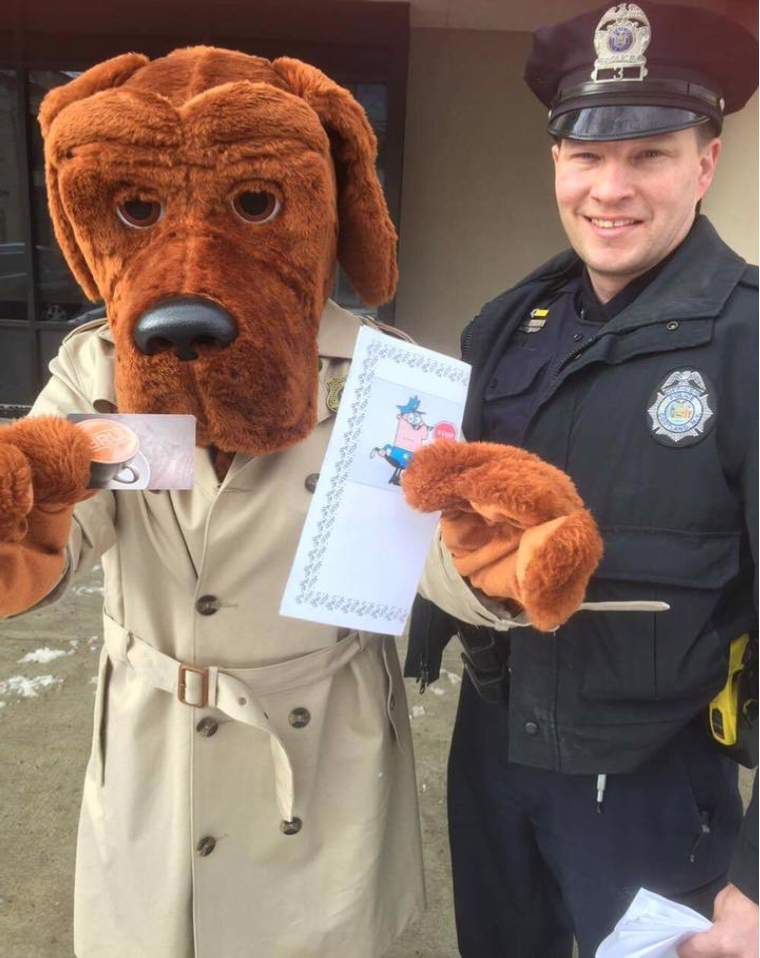 Cortland City Police Officer Jesse Abbott spoke at the April Food for Thought session sharing information about his new role as a community-oriented police officer for the Cortland City Police Department. A 17 year veteran of the police force, Abbott’s new role is to increase communication and positive relationships that help build trust in police and ultimately prevent crime.

Abbott spends a portion of his time “walking the beat”, stopping to chat with business owners and people along the way. He has hosted “Coffee with a Cop” sessions at local coffee and donut shops but confessed with a smile that he refuses to eat a donut in uniform, which raised quite a chuckle from his audience.

Food for Thought is a monthly series offered to Cortland area professionals to enhance their knowledge and understanding of various services. Guest speakers provide workshops on a wide variety of current interests. The workshops are held between noon and 1:00 p.m. and lunch is provided free of charge. For more information or to register for a session please email or call:

Food for Thought is offered through a partnership between Cortland Prevention Resources and the Mental Health Association of Cortland County.

He is also hosting “Cookies with a Cop” for children and teens in an effort to build trust with the youth in our community. When working with younger children, Abbott is often accompanied by his partner, McGruff the Crime Dog. Abbott is often seen at the City Youth Bureau playing pool with teens, serving as a mentor and positive role model. And although he has his usual firearm strapped to the ruger 57 holster attached to his belt, the kids are often not intimated by or scared of him. He has a smile on his face and looks very approachable. As he speaks about his relationship with kids at the youth center it is clear that he enjoys the role.

Abbott emphasized the importance of working together as a team to combat the narcotics epidemic in Cortland County. He said that the department has conducted 321 drug investigations during the past year and administered Narcan as emergency treatment for overdose 16 times.

The number of opioid overdoses in Cortland County, overdose related hospitalizations and opioid related deaths continue to exceed state-wide rates. Narcan administrations by county law enforcement, EMS and opioid overdose prevention programs doubled between 2015 and 2016. If you’re interested in finding out more about opioid and heroin addiction, please attend our next Community Forum which will take place on Wednesday, May 3rd beginning at 6pm at the Cortland Elks Club. Many sectors of our community including prevention, treatment, law enforcement, and poison control will be there to answer questions and concerns around this growing topic